Designer applications are out, dates are locked in and in 2016 FASHFEST will hold more catwalk shows than ever before. The new dates for Canberra’s pre-eminent and largest fashion event are 29 September to 1 October. 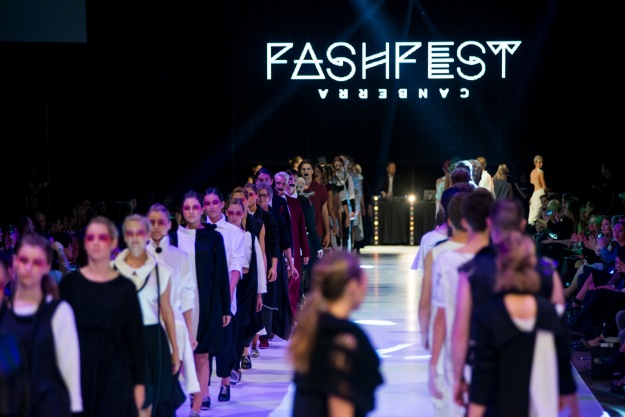 Why the switch from May? Co-founder Clint Hutchinson says the change in dates was logical.

“We’re now aligned with Australia’s overall fashion calendar and the timing of ‘sister events’ such as the major weeks in Melbourne and Sydney,” says Clint. “And, let’s face it, September is warmer than May in the capital so guests can glam up, as they love to for FASHFEST, without shivering their way through the show.”

Another major change is the number of shows FASHFEST will host in 2016—six in total, with two each day. “The new dates also mean we have the time needed to prepare for the added shows. Each year we get stronger and the event gets more exciting. This year is no exception,” says Clint.

Once again, the event will be held at the National Convention Centre, powered by sound and lighting that will transform the space into something magical.

Designer applications are out now and due 14 February. Once again, FASHFEST is  throwing its weight behind local designers as well as designers from interstate and overseas, focusing on independent labels. “Last year, we had 30 designers, including Melanie Child from New Zealand, who was a big ticket item on the catwalk,” says Andrea Hutchinson, Co-founder. “So we’re encouraging a wide range of designers to apply.” “FASHFEST is young by Australian standards and we’re still growing and maturing, learning more and more all the time”, says Andrea. “We’ve come a long way in just three years and our ability to put on more shows during this, our fourth year, is possible because of how much we’ve progressed and the creative team working with Clint and I on the event.”

LFW will keep you posted on events relating to FASHFEST as they unfold and we’ve already locked in the dates so we don’t miss out.