ACT Rescue and Foster summer issue of ChinWag is available now. Our cover pic for this issue is Toast. Toast was one of nine six-week old puppies dumped in a cardboard box outside West Queanbeyan Vet Hospital. Toast and seven of her siblings (one puppy being adopted by a vet nurse) came into ARF care and have now all found loving forever homes.

In this issue read about K9 Officer Chase. Rescued from a local pound by the Australian Federal Police, Chase was dux of his class and is now a K9 Officer with the AFP. Check out how to look for ticks on your dog, and get yourself a plan for your pet should an emergency arise.

Read about Loukanikos; Greece’s ‘Riot Dog’ who marched with protestors and walked with the community during the Greek economic crisis.  And find out who our local heroes are and why, including some of our wonderful local vets who give their time to help pets of the homeless in Pets in the Park.

I brunched on a bragel the other day. ‘Bragel?’ you ask. ‘Whatever is a bragel?’ Well a bragel is an invention of a new French patisserie in Braddon called Baked.  It’s a cross between a bagel and a brioche.

Chef Clement Chauvin, who owns Baked (and Les Bistronomes) with partner Abel Bariller, was determined to create something less dense that a bagel … something with just a wee bit more butter (OK, perhaps a fair bit more). Something that’s full of flavour and fun. He succeeded with Baked’s very own bragel. Better still, Clement has done what many a baker hasn’t managed to do and that’s master a gluten free version with a texture to dream of—soft and chewy.

Baked hasn’t been open long but has already attracted a bevy of fans. It took over the space where the paleo café Tallow and Thyme lived for a while. Now, against the raw brick walls inside, are mega murals by local Canberra artist Christopher Toth and a very French bakery feel. It’s warm and inviting.

Baked opens at 7am for those who are up and at ‘em early with all-day breakfast on the menu. French crepes anyone? Choose from a range, including crepes with house made jam, Nutella or lemon curd and raspberry.

But back to them bragels. Clement poured his heart and soul into creating what he says is ‘the best bun ever’. It took a lot of time, experimenting, failed attempts, but then, voila, the bragel hit the market. He and Abel are so confident in the product they’ve trademarked it. You can have your Bragel Eggs Benny with ham, mushroom, spinach or salmon. The egg and bacon bragel is true comfort food, but Baked doesn’t stop there. Flavours and ingredients change with the season, based on what quality produce is available.

These days you can enjoy a charcoal bragel, which Clement says are hugely popular, with house cured salmon gravlax and dill sour cream, or go for the Hell’s Kitchen, which is enough to really fire you up with its sriracha chili sauce. Or the more relaxed Waldorf (vegetarian) with its winning combo of ingredients—witlof, pear, blue cheese and honey dressing.

Lunch starts early at 11am and what’s on the menu can easily be converted to vegetarian and gluten free options. If you want something heartier, dig into the Black Angus beef patty bragel, or a version with quality ingredients Italians would love—salami, cheese, tomato and fresh basil. A Thai version is also available and the Braddon Bragel, made with buttermilk chicken, coleslaw and mayo, sounds delish.

If you don’t think bragels are your thing, order a fresh salad, a house made sandwich or slice of quality quiche. And what would a bakery called Baked be without sweet treats? Just in time for Christmas, Baked is offering treats that will make sugar plum fairies dance in your head, including holiday red and green bragels.

The display cabinet is lined with other treats, as good looking as they are tasty. Rich and sweet Viennoiserie, croissants, tarts and loaves are all up for grabs, as are a colourful selection of melt-in-the-mouth macaroons. The raspberry millefeuille is utterly amazing and a slice of the pecan, choc and banana loaf is perfect with a cup of coffee or tea.

Abel says heaps of other interesting offerings are on the horizon at Baked, including a liquor licence and some fun happenings with beers. Stay tuned.

A Meadow has popped up in the city.

The new Meadow café, tucked away in Odgers Lane, celebrates a sustainable way of life, making a difference in its own way and enabling customers to do the same. Meadow’s menu offers honest plant-based food that is kind to the environment and good for your health and soul.

The brain child of Manager Nathan Sami, and Carlo Krikowa, who owns sustainable furniture company boyandgirlco with his wife Anita, Meadow has a relaxed and down-to-earth vibe. It’s where Loading Zone used to be and, with respect to the environment, the team behind Meadow repurposed the space instead of tearing everything down and starting all over again. Dining is undercover outdoors and plans are underway to hang heaps of plants under the awning.

Meadow’s kitchen is tiny but that doesn’t stop it from pumping out innovative dishes all-day. One dish that will make you weak at the knees is the cheesecake pancake (short stack $12 and double stack $16). It’s a buttermilk pancake with maple comb, cream cheese mousse, ginger nut crumble and sambucca berries. A real treat for those looking for a sweet kickstart to the day.

Nathan has a fair bit of hospitality experience under his belt, having worked at several establishments while studying in Sydney, including at Pablo and Rusty’s Coffee Roasters and at Anvil Coffee Co. He came to Canberra and worked as a pastor for four years. He then worked at boyandgirlco making furniture out of recycled timber pallets. Nathan isn’t vegetarian but loves the food at Meadow anyhow. “You don’t even think about meat with our menu,” says Nathan. “The food, created by chef Adrianne Davo, is about creativity and taste.”

For convenience, Meadow offers an online lunch order option—a toastie and drink neatly packed in a brown paper bag. Choose from the Ponzu pear, Reuben or Three cheese toastie. Place your order by 10.30am and pick it up when you’re ready.

Meadow welcomes mums, bubs and prams and is breastfeeding friendly. The kid’s menu is perfect (and inexpensive) with the little ones enjoying options like cheesy soldiers ($7), frog in a hole ($9) and a bento lunch box of falafel, tempura veggies, edamame and cheese dip with fruit salad ($12). Drinks include a babycino and choco milk. Adult drinks include smoothies and a wide range of cold pressed juices by Canberra’s The Fix.

Also true to its sustainability ethos, Meadow reduces its carbon footprint by sourcing most products from local or regional suppliers, who each practice sustainability in their own businesses. Bread is sourced from Three Mills here in Canberra and honey from the capital’s Honey Delight. Coffee is from Melbourne’s Seven Seeds, and tea from Melbourne’s Storm in a Teacup. Holbrook Paddock Eggs are from Holbrook NSW, and 100 per cent Jersey milk comes from Country Valley in Picton NSW. Meadow is the only Canberra outlet to stock for sale yum pickles, relishes and jams from family run business Cornersmith, Sydney. 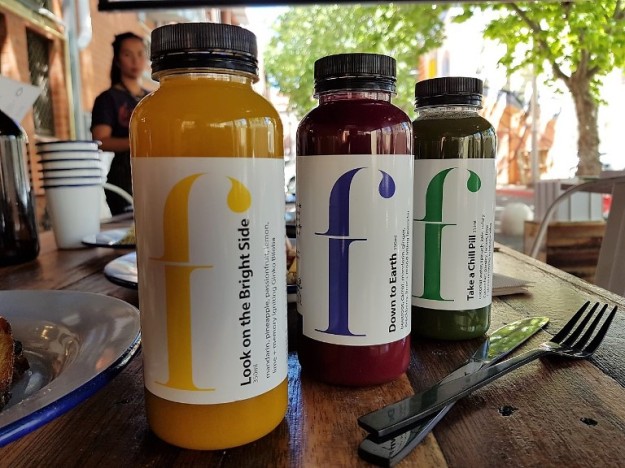 Meadow is more than just food and drink. It’s about a healthy and sustainable lifestyle and so the café hosts Laneway Yoga on Saturday mornings (7am to 7.45 am, $10 a session) and Local Sessions on some Saturdays with musicians providing entertainment.

The café will also host a truly engaging dining experience one Saturday each month called Gather Dinner. The curated three-course meal for 60 guests will be held on a pay-as-you-feel basis with all profits going toward the Meadow Matters Program which supports local not-for-profit organisations.