Winemaker Liz Barnes, of Star Lane Winery in Beechworth, Victoria, has created the world’s first wine matured in red gum hardwood barrels. Elements Shiraz is a ground-breaking wine matured in salvaged native Australian red gum, which creates a wine that tastes fuller and more mature than its actual vintage due the superior breathability of the red gum to that of traditional French oak. 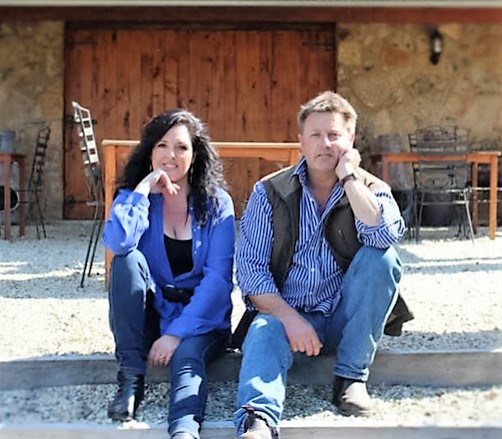 Star Lane Winery is renowned for its outstanding boutique red wines and is the achievement of Liz and Brett Barnes (winemaker and vigneron respectively), who together have combined their experience and expertise to see the winery achieve the very highest levels and reputation for elegance, finesse, and distinction, being lauded five-star rating in the James Halliday Australian Wine Companion 2015.

The decision to use red gum barrels was not exactly spur-of-the-moment, but has been in the planning for the last 10 years with Liz’s family involved in the red gum timber industry for four generations, and now set to continue the tradition through her winemaking.

“We always knew we wanted to try the red gum barrel but we also knew we needed to building a name for ourselves first that people could trust and respect,” says Liz. “Having earned that respect over the last decade we’re now ready to push the boundaries and show that it’s OK to try something that’s different from everyone else is doing.”

Elements 2012 Shiraz, also matured in red gum barrels, was released in 2015 to great acclaim within the industry, with the limited 300 bottle run almost sold out, and the winery is now set to release its Elements 2013 Shiraz vintage which has attracted an even higher demand both within Australia and internationally.

Contrary to its reputation as a hardwood, red gum actually has a higher porosity and breathability that traditional French oak, which allows more oxygen to be drawn and in turn enhances the intensity of the wine. This also means a shorter cellaring time to deliver optimum drinkability. Aptly dubbed ‘The Taste of Australia’ the red gum aged wine captures the true essence of the Australian timber to produce a unique premium boutique wine.

That said, this wine is not for quaffing and does not come cheap. In keeping with the exceptional high quality and standards of the winery; the red gum matured Elements Shiraz will set you back $400 per bottle. Each bottle comes in its own Elements Shiraz box—made from the same salvaged red gum as the barrels—and nestles gently in pure Merino wool packing. Tasting notes include ‘slightly wild’ and ‘contemporary with a unique Australian personality’. What more could you want in a wine?

Star Lane Winery was opened in 2005 and has established itself as a leader in the Australian wine industry, earning multiple five-star reviews and praise from winemakers and critics across Australia. Wines are available online or at the cellar door. www.starlanewinery.com.au