I’m not a vodka drinker, but when it comes in a coffee blend, and with tasting notes of nuts, chocolate, and red fruits, I think I could be converted! And why hasn’t someone come up with this sooner … and, just in time for the perfect Father’s Day gift!

In another first for Underground Spirits, Canberra’s unique distillery in Kambah, they recently launched their first Vodka with Cold Brew Coffee. In collaboration with Bellerophon Coffee, a speciality cold brew coffee house, this is a unique and original recipe, and uses ethically sourced coffee beans and has no added sugar. 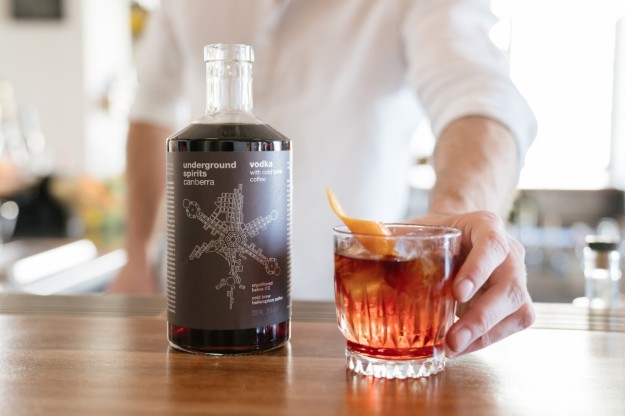 “Ross, Andy and I had always spoken about doing a coffee vodka and as soon as we met Alex from Bellerophon we knew we had to collaborate to create something truly unique. We wanted to make a vodka for coffee purists, and not as sweet as other products, and the end result is a wonderful marriage between two artisans, one making coffee and one making spirits,” says Toby Angstmann from Underground Spirits.

After attending a few shows together and talking about collaboration, Underground Spirits and Bellerophon came up with a recipe for a vodka coffee. “It’s a fine balance between art and science in both the coffee and distilling industries,” says Alex Leech of Bellerophon Coffee, “and we both walk this line every day as part of our core values.” Bellerophon was founded in Canberra and is committed to sustainability in its processing by using only the highest grade, ethically sourced beans, and implementing a three-stage filtering process more often seen in the wine and beer industry. 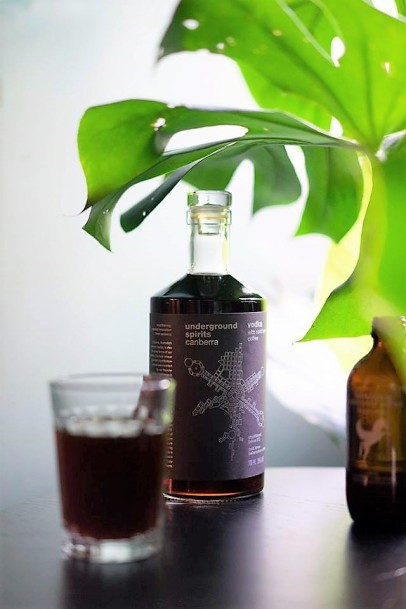 Underground Spirits is Canberra’s very own 100 per cent Australian made and owned distiller of award-winning premium vodka and gin, and is committed to creating the best spirits in the world. They have won several major international spirits competitions, making them Canberra’s most awarded spirits brand.

Coffee vodka is best served simply with a good quality tonic and garnished with a slice of orange. Its complex flavours and no added sugars however make it a very versatile product for pushing the boundaries of how coffee vodkas can be used.

So now you’ve got your bottle of coffee vodka, here’s a recipe for the perfect Espresso Martini courtesy Underground Spirits. 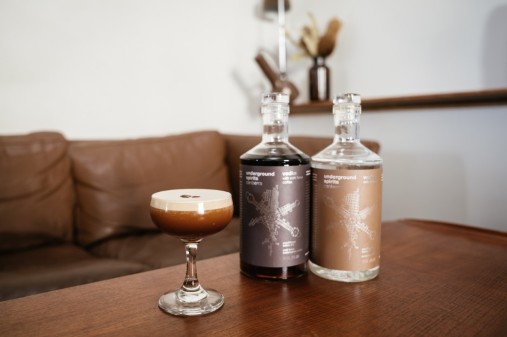 Measure everything into a cocktail shaker. Shake hard with ice and double strain into a martini glass, garnish with three coffee beans. Add sugar syrup to taste if you prefer some sweetness.